PEOPLE ON THE MOVE AT GUVON HOTELS & SPAS

There have been a few positional changes and more as Guvon Hotels and Spas bolster to new growth ambitions.

One of the most well-known & highly respected hoteliers, Christopher Trimble, today announced his retirement as General Manager of The Fairway Hotel Spa & Golf Resort. “I have had an incredible time working at The Fairway Hotel”, says Trimble, “this is not the end, but the start of a new chapter”

During his long and illustrious career, Christopher Trimble has been instrumental in positioning The Fairway Hotel as one of the best hotels and which has regularly attracted accolades and awards from respected associations.  “By providing the best example of gracious hospitality in the hotel industry. All of us at Guvon Hotels & Spas salute him for his tireless commitment and devotion to his guests and colleagues” says CEO of Guvon Hotels, Kosie Pansegrouw.

“Mano Sequiera is the consummate of professionalism and has extensive hospitality experience stemming from a well-grounded 5-star background.  He is highly respected by his staff, his peers and his guests”, says Pansegrouw.

“Chris Oosthuizen is a selfless achiever and it is his ever positive mind-set which has escalated him to his new position”, Pansegrouw said.

“I am exactly where I hoped to be at this point in my life & I am excited about the new challenge and what lies ahead for me.  It is the warmth & friendliness what drew me to the hospitality industry in the first place” Oosthuizen explained.

These positional moves are incredibly exciting for Guvon Hotels & we wish them the greatest success. 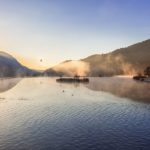 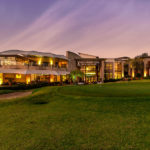