MEET THE PENGUINS AT BOULDERS BEACH THIS WORLD PENGUIN DAY

It’s World Penguin Day and we can’t wait to celebrate these black and white beauties. As penguins are the most recognisable characters amongst the cast of species that call the oceans their home, it came as no surprise that a day has been dedicate to these flightless birds?

The Purpose of World Penguin Day is actually to bring recognition to the impact of climate change on these unique and entertaining creatures. Globally, penguins are not doing well – of the 18 species of penguin, 11 are undergoing population declines and 10 are considered as threatened on the IUCN Red List. Penguins are threatened by climate change, pressure from fisheries interactions and pollution, amongst other things.

Let’s get to know them better. While other birds have wings for flying these tuxedo-clad birds have adapted flippers to help them swim in water. Yet there is more to these adorable, yet endangered species that meets the eye. According to National Geographic.

1.    Penguins are carnivorous animals and catch their prey live in the sea.

4.    Penguins do not have teeth but do have spines on both their tongues and the inside of their beaks to help them grip their prey.

5.    Scientists have discovered some penguins swallowing small stones and pebbles. Scientists speculate that this could aid the digestion of food or reduce buoyancy when diving.

6.    Penguins cannot breathe underwater; the duration of their dives varies between species, from 7 to 20 minutes.

7.    Like dogs, penguins pant to release heat and stay cool.

8.    Penguins can drink salt water as their supra-orbital gland filters the salt from their bloodstream.

10.    Emperor penguins have the highest density of feathers in the world, averaging 100 feathers per 6.5 square centimetres.

11.    The largest penguin fossils found by archaeologists have been up to 5 feet tall.

12.     In 2009 a Humboldt penguin, zookeepers named “Ralph” lost all of his feathers and was fitted with a wetsuit to prevent sunburn.

13.    Gentoo penguins are the world’s fastest underwater birds; they can reach speeds of up to 36 kilometers per hour!

14.     Of the eighteen penguin species, five are categorized as endangered on the IUCN Red List.

15.    Penguins produce oil from a gland near their tails, which they use to provide a waterproof coat for their feathers.

16.     A healthy adult penguin in Antarctica has no terrestrial predators.

17.    During each breeding season, the king and emperor penguins will only lay one egg.

18.    Emperor penguins huddle together to protect themselves from the wind and cold, they each take turns moving into the safer and warm interior of the huddle.

19.    The stereotypical gender roles are reversed in emperor penguins, as the female goes out to hunt whilst the male incubates the egg. Once hatched, the male will also produce milk for the chick from a gland in his esophagus.

20.    Male gentoo penguins give pebbles to females in order to court them during mating season. If the female accepts the offer she will take the pebble and add it to her nest 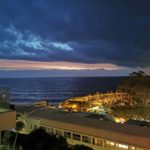 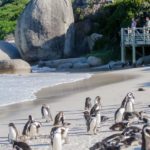 While staying at On Miller during your next visit to Cape Town go to the beautiful Boulders Beach the only place in the world. where you can get close to the African Penguin. 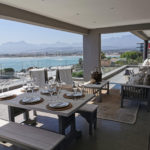 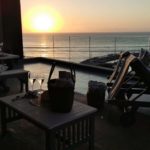 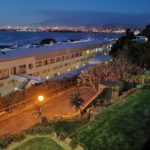 Wishing you all a Happy #WorldPenguinDay.