With the smashing success of previous years, Hirsch’s Fourways hosted the 7th annual Heron Bridge College cook-off. In conjunction with Guvon Academy the 2 day cooking competition was taken to new and exciting heights. 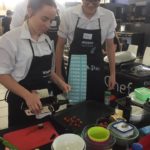 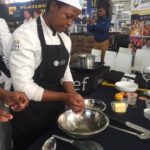 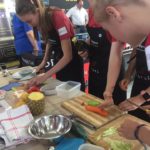 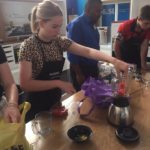 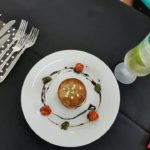 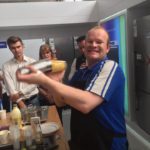 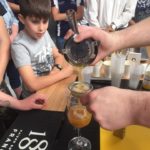 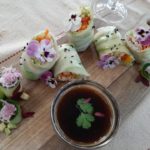 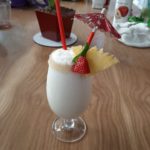 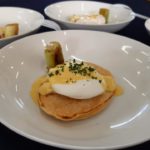 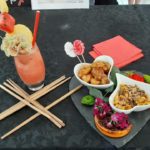 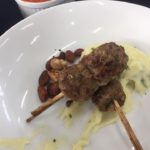 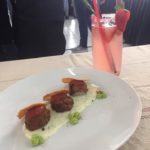 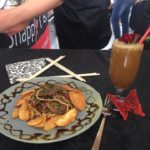 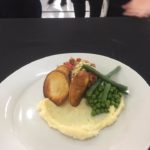 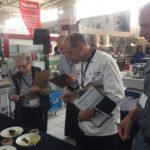 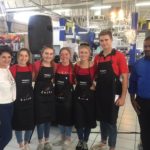 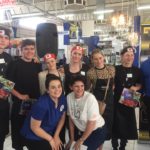 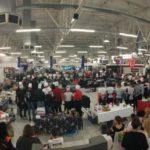 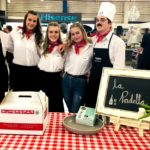 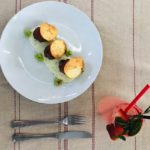 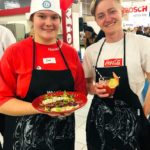 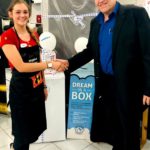 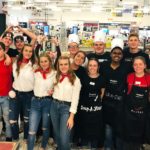 The five teams consisting of 99 Grade 11 students from Heron Bridge College, had to produce a starter and main course with ingredients from a mystery box sponsored by Spar Broadacres.  Guvon Academy students were on hand as mentors for the contestants. To complement their dishes a team member from each team was responsible in creating a mocktail alongside a mixologist expert from Sir Juice. Master of ceremonies, Platinum Gold created an amazing buzz in store while Chef JP from Guvon Academy entertained the crowd with exciting cooking demos.

Judges,  Norman Brassell (Hirsch’s), Keith Wilke (Heron-Bridge College), Elsu Gericke (Guvon Academy) and Beverly Lupke (Whirlpool)  chose 4 teams on the 1st day who went through to the final round where one of them would become the ultimate MasterChef.

The winner for the lucky student package draw was Megan Honiball who walked away with an array of prizes consisting of a Defy microwave, a Snappy Chef induction hob, a bed and mattress from Rest Assured/Cloud Nine, a Mellerware breakfast pack and a HiSense bar fridge. During the evening  numerous spot prizes were handed out, including Hirsch’s vouchers, cookbooks, Cuisipro Ice Cream makers and a one night stay-over at Glenburn Lodge & Spa in Muldersdrift compliments of Guvon Hotels and Spas.

The final 3 teams, for the HBC champion title, had to once again produce a starter and a main dish, from the mystery box supplied as well as mocktail complimenting the dish.  All produce supplied were sponsored by Spar Broad Acres & Sir Juice. The Judges for the 2nd and final day and who had to make the most difficult of decisions were Grant Sandham (Guvon Hotels), Chef JP (Guvon Academy) Pat Tarr (Spar), Norman Brassel (Hirsch’s) and Simon Crane (Heron Bridge). Picking the winner went beyond the taste buds. Each team was asked to discuss the inspiration for their meal and the various challenges they faced throughout the process.

The winning team who after much deliberation was crowned the ultimate MasterChef was Working with Gas. The winning team each received cookbooks and R500-00 Hirsch’s vouchers. Nobody went home empty handed as the runners-up team members each received R300-00 vouchers compliments of Hirsch’s

The Cook Off event displayed exceptional creativity, passion and fast decision making, as well as teamwork between students and industry professionals & showed the fun side of the profession to anyone considering the culinary arts as a career” said Grant Sandham, Sales & Marketing Director of Guvon Hotels & Spas.  Sandham concluded by congratulating the winning team and all the student chefs.

Overall an extremely successful event and definitely worth all the planning and hard work that went into this.