Magaliesberg Association for Culture and Heritage (MACH) are placing Blue Plaques at heritage sites throughout the Magaliesberg Biosphere. To commemorate the Battle of Nooitgedacht which took place on the on 13 December 1900 on the property of the Plumari Private Game Reserve.  Askari Game Lodge & Spa was the scene of much excitement when this prestigious Blue Plaque Award was unveiled.  The Battle of Nooitgedacht was by far the largest battle which was fought in the Magaliesberg region during the Anglo-Boer War. On 13 December 1900, a British force of 1 500 soldiers under the command of Major-General Ralph Clements was soundly defeated by 2 500 Boers under the command of Generals Christiaan Beyers, Koos de la Rey and Jan Smuts. A large part of the battle was fought on top of the Magaliesberg at Nooitgedacht

After an exceptional presentation about the battle  given by Magaliesberg Battlefield expert Andre Wedepohl, the Blue Plaque was unveiled by Dino Plumari.  Andre Wedepohl & Rob Milne led the group to visit a portion of the battlefield where British soldiers were attacked during the battle. 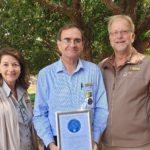 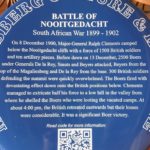 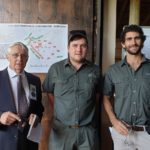 About Askari Game Lodge & Spa
Askari Lodge & Spa is situated on the Plumari Game Reserve in the Magaliesberg, just over an hour from Johannesburg or Pretoria and offers guests a memorable wildlife experience within a malaria free environment.  www.askarilodge.co.a

About Blue Plaques:
Blue Plaques are internationally recognised symbols commemorating places, spaces, events and personalities of cultural or historical importance. The placement of the iconic round plaques with white text on a blue background began in 1866, more than 150 years ago.

The Magaliesberg Association for Culture and Heritage (MACH) will be placing Blue Plaques at heritage sites throughout the Magaliesberg Biosphere. The objectives are:

About the Battle of Nooitgedacht:
On 8th December 1900, Major-General Ralph Clements camped below the Nooitgedacht cliffs with a force of 1500 British soldiers and ten artillery pieces.  Before dawn on the 13th December, 2500 Boers under Generals De la Rey, Smuts and Beyers attacked – Beyers from the top of the Magaliesberg and De la Rey from the base.  300 British soldiers defending the summit were quickly overwhelmed.  The Boers fired with devastating effect down onto the British positions below.  Clements managed to extricate half his force to a low hill in the valley from where he shelled the Boers who were looting the vacated camps.  At about 16h00, the British retreated eastwards but their losses were considerable.  It was a significant Boer Victory.

About MACH:
MACH – the Magaliesberg Association for Culture and Heritage is the custodian of the Blue Plaques and part of the Magaliesberg Biosphere Reserve which is registered internationally by the United Nations Education, Scientific and Cultural Organisation (UNESCO) as a place of exceptional, world-wide interest and rich in biodiversity and cultural heritage. 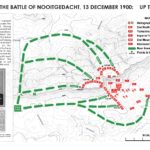 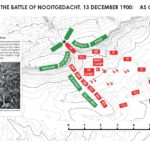 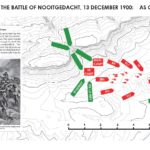 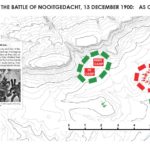